For the last number of years, I have been listening to the stories of those who have medical evidence for recovery from incurable illness. I find these interviews to be both inspiring and thought-provoking. They are changing the way I think about many things, both for individuals and at a different level, in regards to our ideas about health and healing.

The scientific method is brilliant and has created a world of unparalleled physical comfort. But when it comes to modern medicine, science has almost exclusively studied only external remedies, or solutions to illness such as medicines or procedures. Yet we all know at some level that genuine healing often requires more than taking a medicine.

I will use this blog to tell stories of remarkable recoveries from incurable medical illness, based on clear medical evidence of accurate diagnosis and recovery, and then consider what it takes to create a vital, flourishing and happy life. I am less interested in physical health than in clarifying mental principles that are true and by which one can create a meaningful life – a sort of empirical theology. After all, we all die at some point. My question has to do with what it takes to live a life that is true. If the principle is true enough to heal physical bodies, then I take that as a possible clue to a universal truth that is less tainted by opinion, prejudice or tradition. Yes, one could only start such a strenuous venture if one began as a sceptic and had a deep need to know what is true.

Claire is a good example. Diagnosed by biopsy with the worst form of pancreatic cancer in 2008, she was told that she was going to die. In 2013, her abdominal CT was negative for cancer. Pancreatic cancer is one of the most incurable forms of cancer that one can have, with only two to seven percent still alive at five years. I will describe pancreatic cancer and the likelihood that she would still be alive in a later post.

The journey she describes seems to bear distinct similarities with that described by many other remarkable survivors. Yes, Claire made many lifestyle changes in her life. She rid herself of the processed foods and many of the chemicals that fill our foods and daily lives. She forgave people who had been critical of her, and forgave herself. But, as with others I’ve interviewed, she fundamentally addressed her relationship with herself. In her words, “When I got my diagnosis, I knew from long experience with myself that I absolutely had to banish fear and desperation; I knew this in a deep and profound way. I knew that I could not chase a cure if I wanted to live…Desperation, fear and anxiety do not equal healing.” She later concluded that she needed to change her relationship with herself. Certainly one must ask whether banishing fear for courage and changing her relationship with herself played a critical role in her recovery.

I understand that this is only one story. You could say, “That’s just an anecdote.” What I will try to show in subsequent posts is that similar themes come up in story after story, each with medical evidence, and across many different kinds of illnesses. It is truly shocking that in the history of medicine we have never rigorously studied those remarkable individuals who found health when we thought they were going to die. Common sense suggests that we should take a scientific interest in them; that perhaps they have stumbled onto golden keys to health and healing that could be helpful to others.

Perhaps you don’t suffer from an immediately life-threatening illness like Claire did. But every day I take care of both medical and psychiatric patients who suffer from lifestyle illnesses that are more preventable and “fixable” than they realize. The suffering seems so unnecessary. And after listening to remarkable survivors for years, I believe that the lessons they have learned have relevance for the suffering associated with chronic illnesses as well as other difficult problems of living that diminish happiness and quality of life.

In an upcoming post, I will address what Claire seems to have meant by replacing fear with courage and changing her relationship with herself. In the back of my mind are conversations that I have had with other remarkable survivors, so over time we will deal with a number of scientific issues and potential objections. We will, for example, examine whether such stories are “anecdotes” or “rare”; and whether they represent an unmapped, fertile territory in modern medicine, right in front of us, but ignored. I do not believe that we can just “think ourselves into health,” and so we will also examine what role the mind, faith and courage seem to play in these remarkable stories.

If it’s helpful, I can post medical evidence for accurate diagnosis and recovery from the illnesses and stories that are discussed here. Based on what you tell me, I will work out over time a plan that seems most helpful. 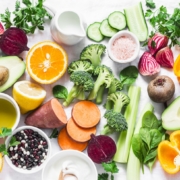 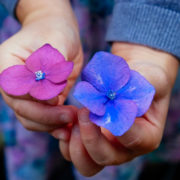 The Magnificence of You and the Higher Possibilities Within You 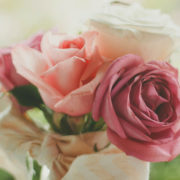 A Medicine of Hope and Possibility | Dr. Jeffrey Rediger | TEDxNewBedford

A Medicine of Hope and Possibility | #BigIdeas2016
Scroll to top

This site uses cookies. By continuing to browse the site, you are agreeing to our use of cookies.

We may request cookies to be set on your device. We use cookies to let us know when you visit our websites, how you interact with us, to enrich your user experience, and to customize your relationship with our website.

Click on the different category headings to find out more. You can also change some of your preferences. Note that blocking some types of cookies may impact your experience on our websites and the services we are able to offer.

These cookies are strictly necessary to provide you with services available through our website and to use some of its features.

Because these cookies are strictly necessary to deliver the website, refuseing them will have impact how our site functions. You always can block or delete cookies by changing your browser settings and force blocking all cookies on this website. But this will always prompt you to accept/refuse cookies when revisiting our site.

We fully respect if you want to refuse cookies but to avoid asking you again and again kindly allow us to store a cookie for that. You are free to opt out any time or opt in for other cookies to get a better experience. If you refuse cookies we will remove all set cookies in our domain.

We provide you with a list of stored cookies on your computer in our domain so you can check what we stored. Due to security reasons we are not able to show or modify cookies from other domains. You can check these in your browser security settings.

We also use different external services like Google Webfonts, Google Maps, and external Video providers. Since these providers may collect personal data like your IP address we allow you to block them here. Please be aware that this might heavily reduce the functionality and appearance of our site. Changes will take effect once you reload the page.